So, today I will be doing a screenshot “Let’s Play” of a fairly obscure game. Published in 1983, Make a Tasty Snack was one of the last games to come from the studios of…

Oh, who am I kidding. This is about me, and some food I made. You’re welcome.

This particular food is a very popular Brasilian savory pastry called “coxinhas.” There are a few variations in the ingredients, but the constant in all of them is chicken. I will be following the recipe I found at http://southamericanfood.about.com/od/snacksstreetfood/r/Coxinha.htm.

The first step was to cook the chicken, let it cool, and then shred it finely. Once that was done, I added the cream cheese, onions, and lime juice. 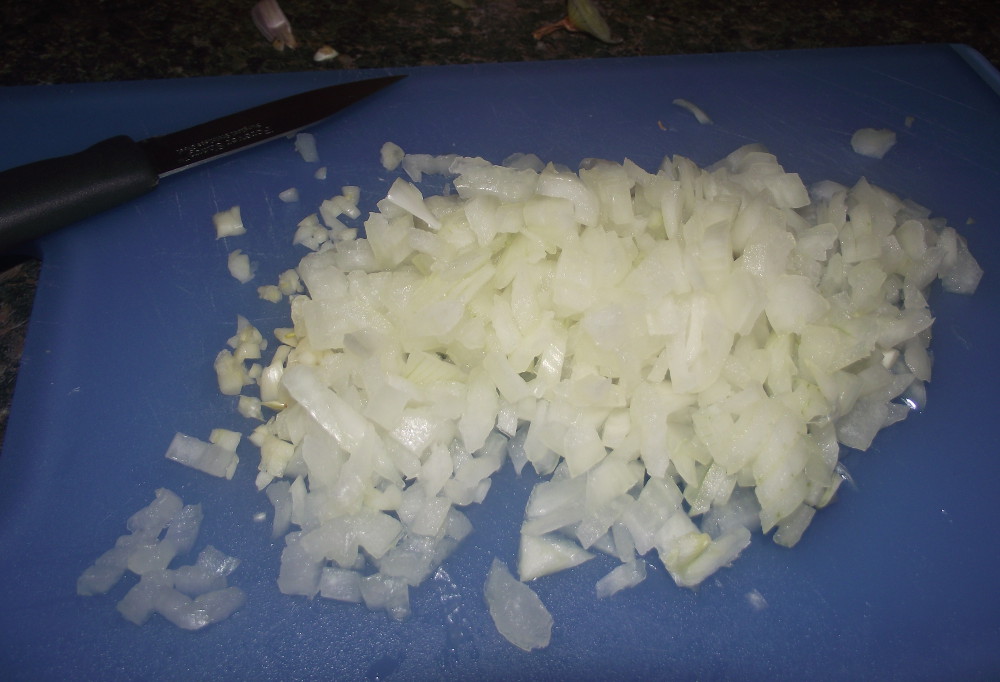 Chopping these onions was a very emotional experience for me. 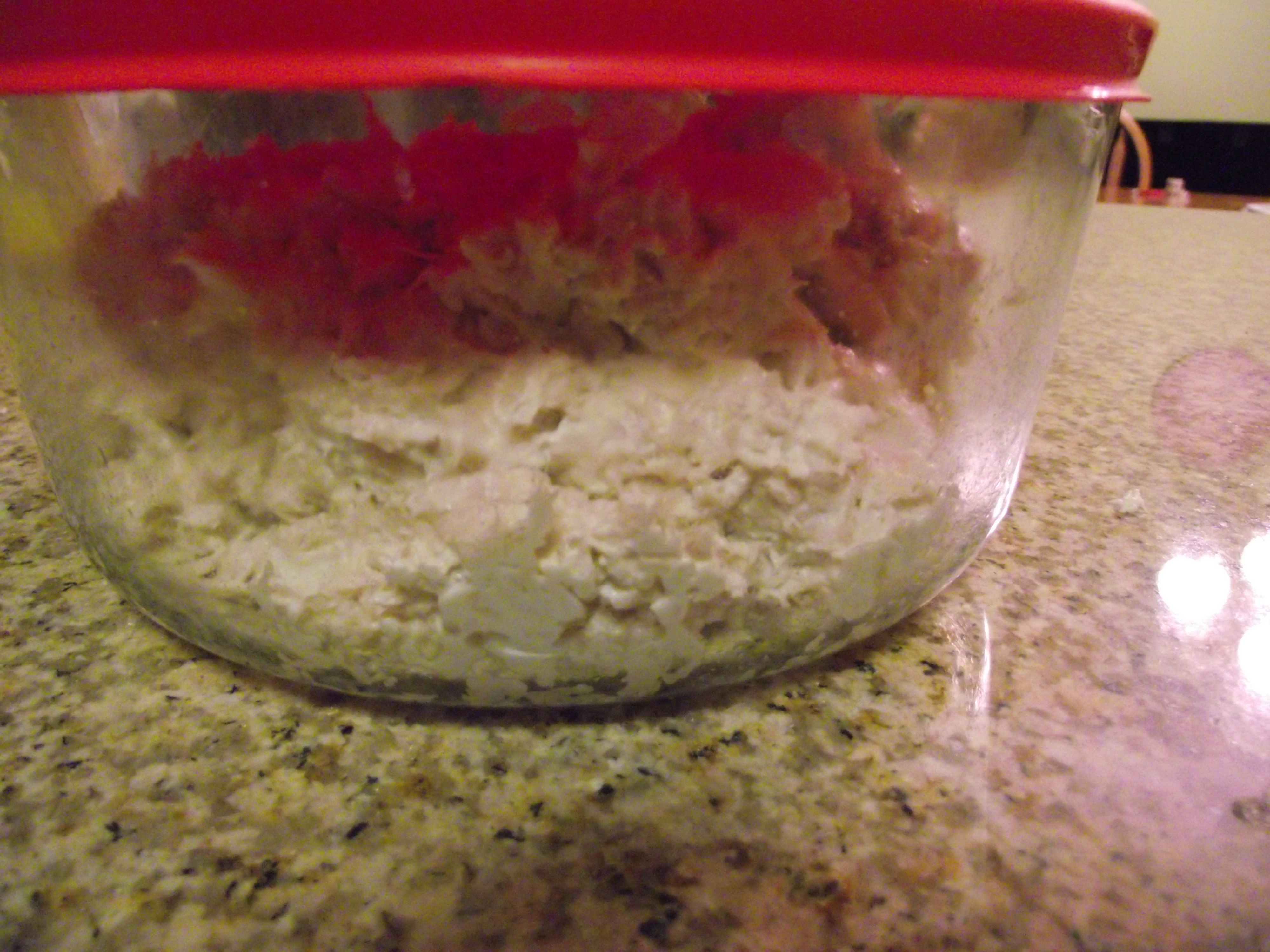 At this point, I took a break. The dough (a mix of chicken broth and flour) and the filling both needed to be chilled in the refrigerator, and I had a few days before I wanted to fry the coxinhas, so I left everything in the fridge overnight and started again the next evening.

When I came back, it was time to put the dough and filling together. 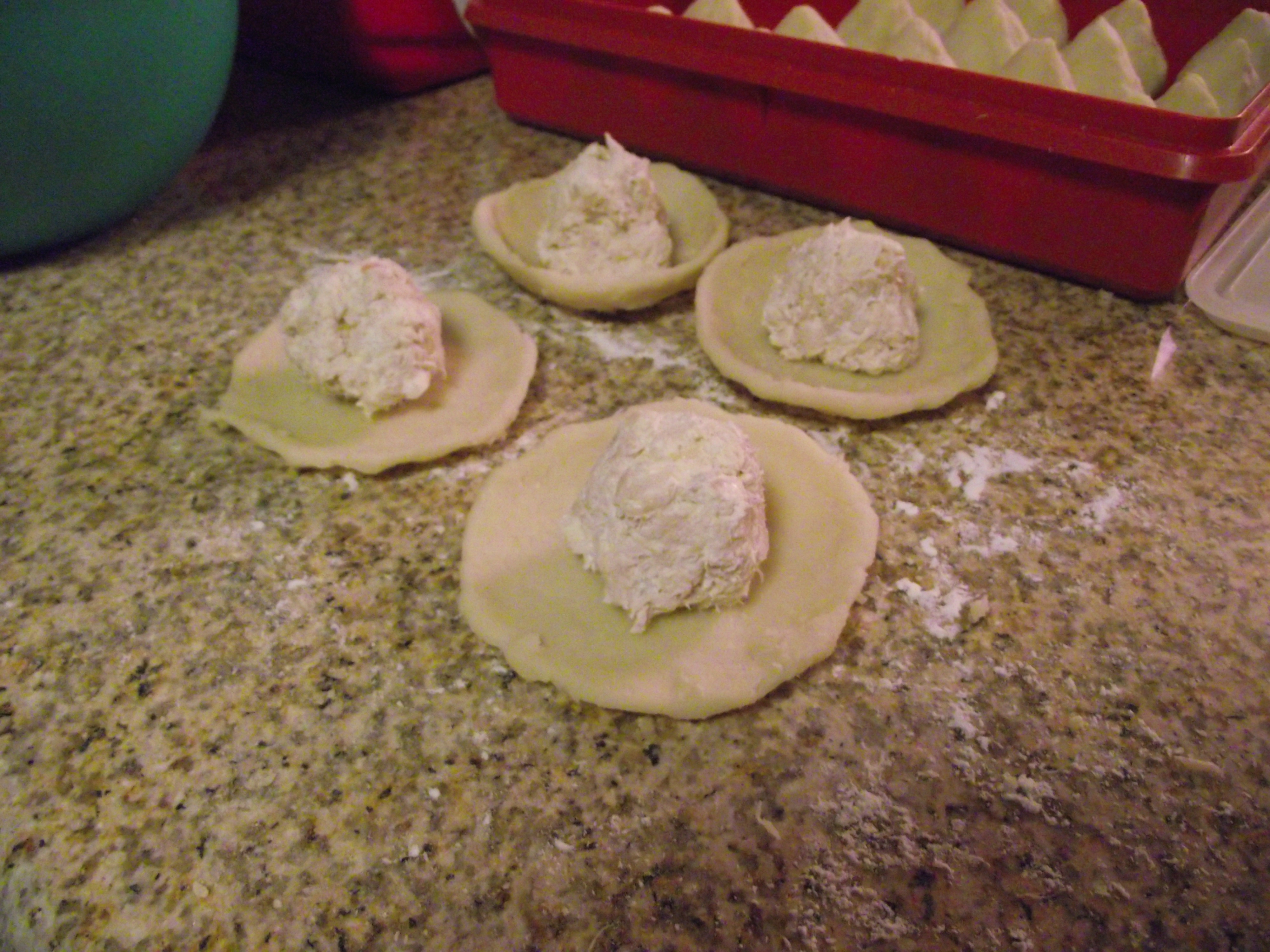 The tricky part about this is that you want the dough to be very thin, but also strong enough to keep the insides in when you put them in the hot oil. Also, my efforts to hollow out a ball of dough usually left me with a flat piece, which was difficult to fold back into a rounded shape. Oh, well…

This all tired me out, and I put everything back into the fridge. 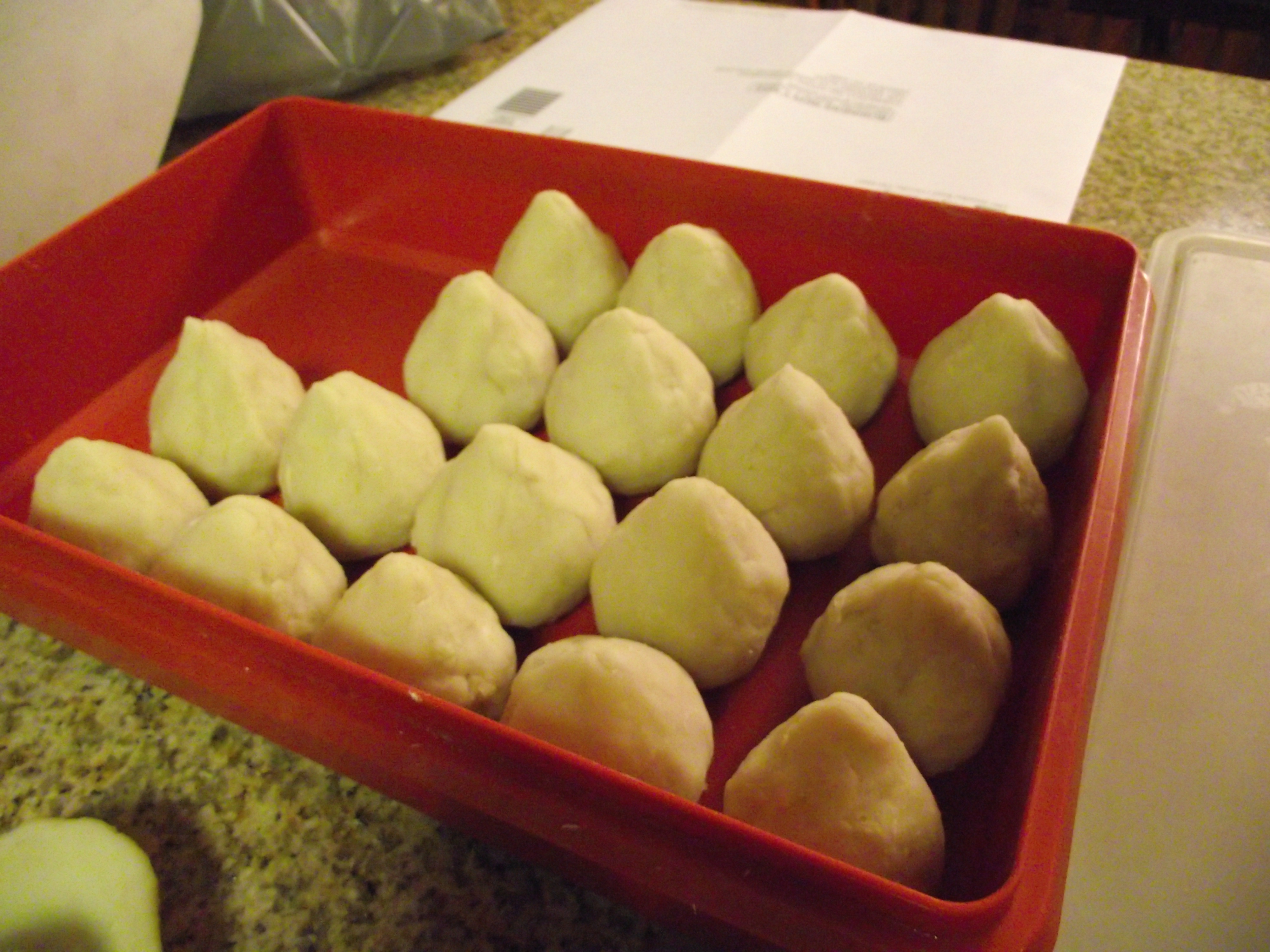 And now, into the refrigerator.

Or rather, I would have if I was smart. See, I was planning to cook the coxinhas some 3 or 4 days later, and had the bright idea that they would keep better in the freezer. They did, but that also caused me a bit of trouble down the road…
*Ominous Music* 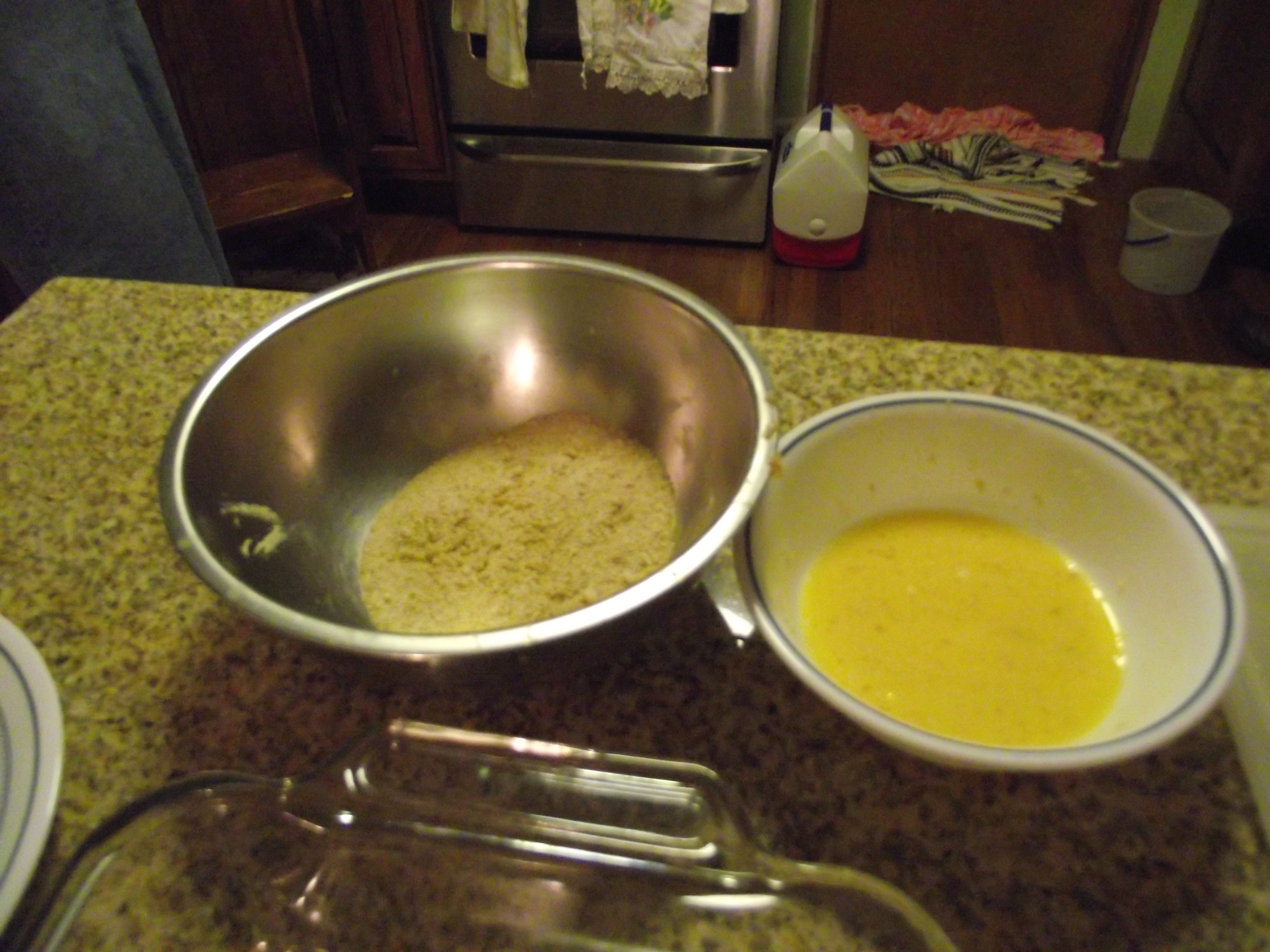 Fast forward 3 or 4 days. I have the eggs and breadcrumbs ready. I took the coxinhas out of the freezer several hours ago. They are Still. Frozen. Solid. Yeah, I’ve got to figure out how to thaw 2 dozen pastries or I will fry them and they will still be frozen inside.

In the end, the solution was pretty much the opposite of dramatic. I put them in the microwave until they felt squishy. 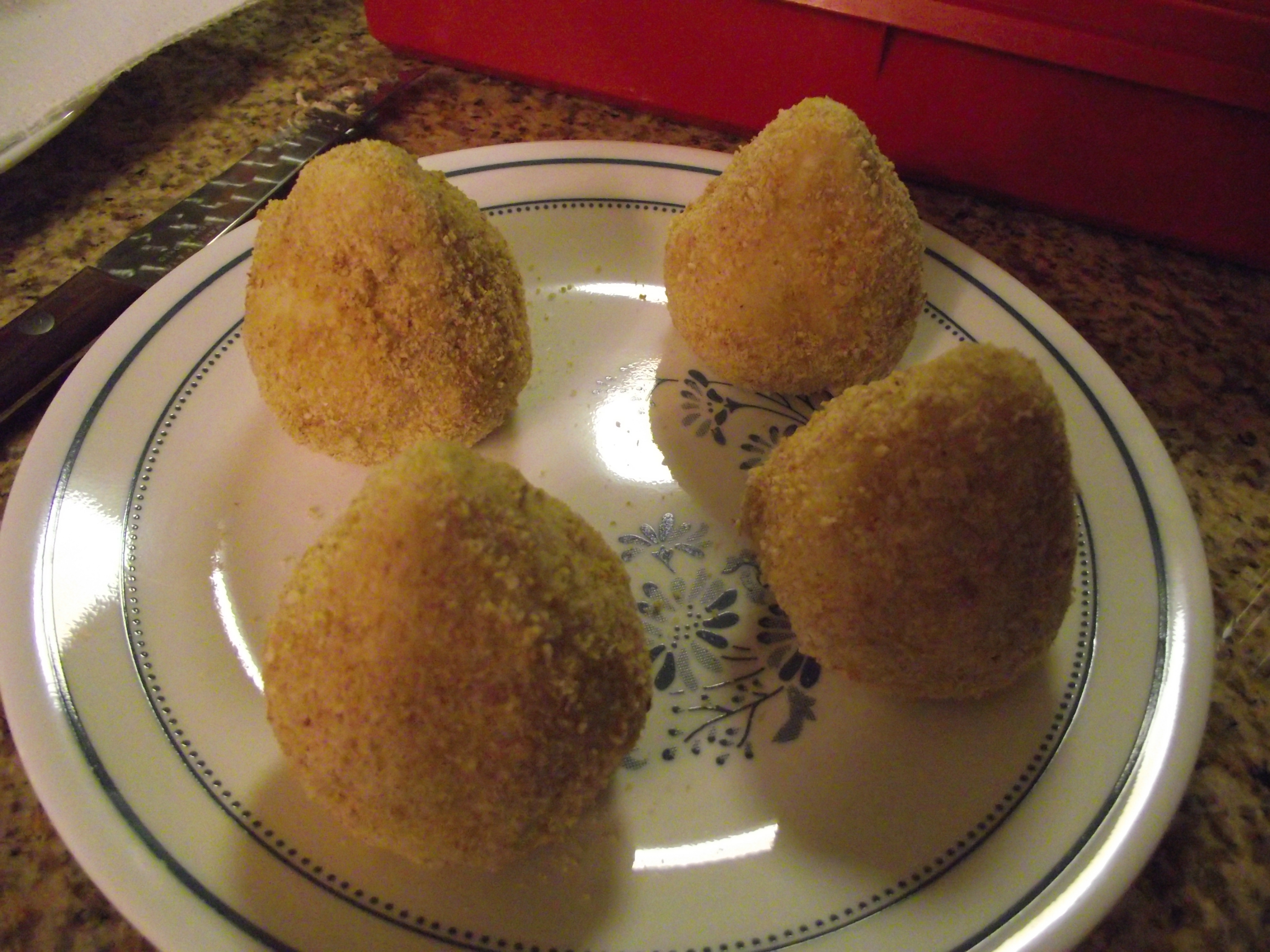 All that remained, then was to drop them into hot oil. (Well, not exactly “drop”, because oil burns hurt. More like “lower gently” into hot oil.)

Conclusion: They were great. It was time-consuming and (at times) a bit difficult, but not too bad. I didn’t put in nearly enough salt and they tasted kinda bland, but whatever. The freezer debacle worked out pretty well in the end, and I had a great time. Would I make this dish again? Well….maybe. If I had help for a few of the steps, particularly the one where the pastries are made and filled.

If you find this post interesting, you will likely find more of the same over at http://whimsyfromscratch.wordpress.com